In layman's terms, food intake theory states; you are what you eat. It was developed after a long period of introspection (near decade), and is still under test. It extends to national stereotypes, policy, and health, although the evidence falls short here (begins to seriously wane). Below is some WHO data compiled in 2008 both illustrating and failing to illustrate the hypothesis. The major determiners being meat consumption, where traditional interpretations may hold;
What follows also, is that if you remove one or more of these from diet, you can get an apparent negative impact - leading to conceptualisations like 'extremism'. Behavioural expectation (including interpretations of 'arrogance') is dependent upon dominant intake. It can therefore, arguably, be viewed as a self-enforcing hypothesis. 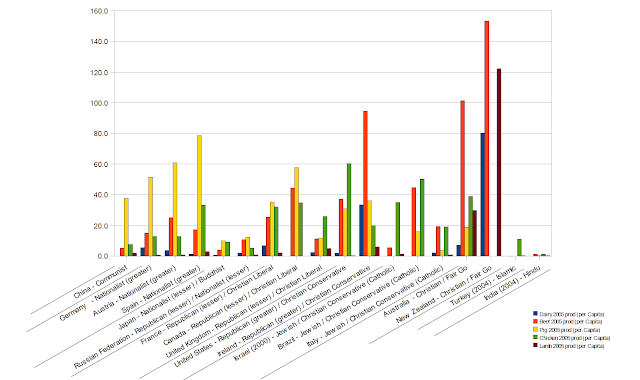 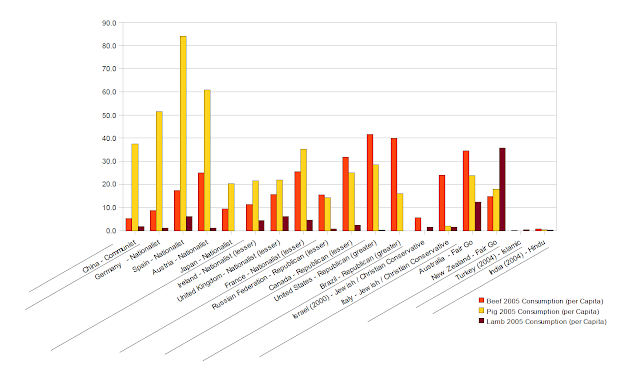 Posted by Richard Bruce Baxter at 9:08 PM No comments:

The determination of character

How much of one's character is determined as consequent of their upbringing / context in their immediate family? Here are some candidate classes and respective hypotheses worth investigating;

Posted by Richard Bruce Baxter at 9:03 PM No comments: